Connected to the CrossPlex is the 5,000 seat Bill Harris Arena. The arena is a great multi-purpose facility with a floor space of 20,000 square feet. It has been used to host a variety of events from concerts to trade shows to rodeo’s and multiple sporting events that include basketball, wrestling, volleyball and cheerleading competitions. 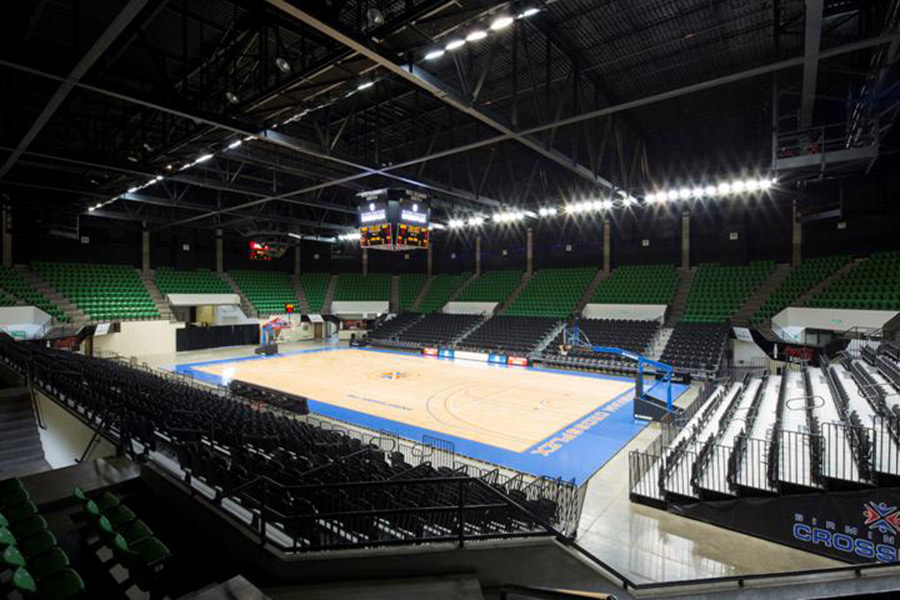 With multiple seating configurations the arena is capable of conforming to various program arrangements. It includes two hospitality suites and a press box that overlooks the venue floor. It also houses four team locker rooms, an official’s room and trainer’s room. There are two meeting spaces with the arena, a conference room capable of holding 20 people and a meeting space capable of holding 200 in a theater style setting.

The Harris Arena has just gone under a 3 million dollar renovation that includes a four sided center hung LED display scoreboard, basketball floor and basketball goals, HVAC system and other facility improvements. With these upgrades the CrossPlex is committed to providing the best environment and experience for everyone at the arena.

The CrossPlex is just minutes away from downtown Birmingham and is easily accessible to and from hotels, restaurants, shopping areas and amusement attractions.

The Southern Intercollegiate Athletic Conference (SIAC) recently announced that the SIAC Council of Presidents voted unanimously to relocate the Men’s and Women’s SIAC Championship Basketball Tournament to the city of Birmingham, Alabama.

Starting in 2014, Birmingham’s newly renovated Bill Harris Arena at the Birmingham CrossPlex, will be the new home for the SIAC’s winter classic for the next three years. The Centennial Basketball Tournament will be played Monday, March 3 through Saturday, March 8, 2014.