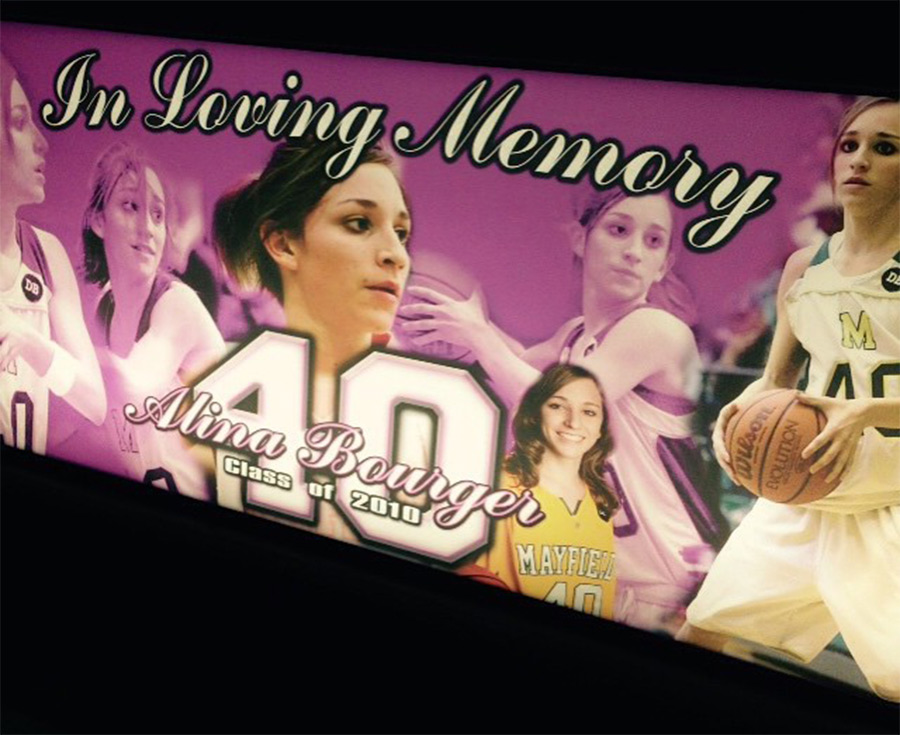 As a Mayfield High basketball player, Alina Bourger was known as a sharpshooter.

Family and friends remember Bourger, who died in a Tucson car crash last week, as a stubborn fighter, who wanted to “take care of people,” her sister Hillary Bourger said Monday evening.

To fulfill that passion, Alina Bourger recently switched her major to education at the University of Arizona, her sister said. That’s where she was enrolled when she died.

“She would always tell us, ‘Stand up for what you want to do,’” Hillary Bourger, 24, said.

Mayfield girls basketball coach George Maya said the Trojans relied on Alina Bourger for her shooting stroke. During her senior year, she hit two shots in the final minutes of Mayfield’s district tournament upset of No. 2 ranked Las Cruces High.

“She hit some big 3’s, and I think everybody remembers that,” said Maya, adding that Alina Bourger “was a beautiful person.”

She was also known by her family for being late.

Hillary Bourger said her father and younger sister were waiting last week at Alina Bourger’s apartment in Tucson, planning to meet her for a spring break visit.

According to a report in the Arizona Daily Star, Alina Bourger was driving her silver Toyota Corolla in Tucson when she collided with a black Ford Mustang just before 11:30 a.m. Her car “burst into flames” and she died at the scene, the newspaper reported. The other driver suffered minor injuries.

Hillary Bourger described her sister as “the rock” of the family, something she said was especially apparent after the 2008 death of their mother.

Alina Bourger is survived by her sisters, father and grandparents.